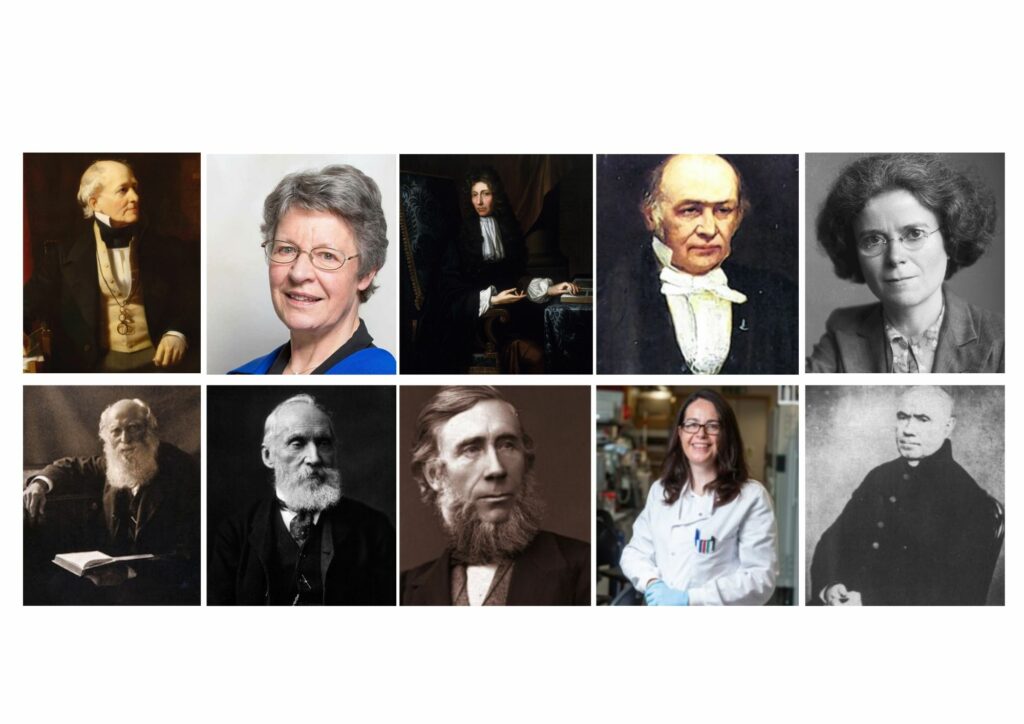 Ahead of Saint Patrick’s Day on March 17th, we thought it opportune to highlight 10 of the great Irish scientists who have illuminated the world stage.

Francis Beaufort was an Irish hydrographer, admiral of the Royal British navy and the first person to introduce a method for estimating wind strengths without instruments. Leaving school at just 14, Francis Beaufort began his life at sea and rose to the rank of Admiral. His scale system became known as the Beaufort scale. This was a way of estimating the wind strength according to the appearance of the sea (or on land, by the response of trees). It became the mandatory system of measurement for all ships in the British Admiralty. 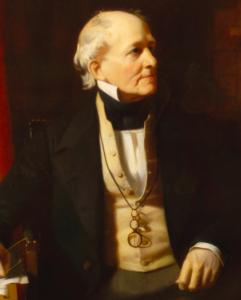 Jocelyn Bell-Burnell. An astrophysicist who, as a postgraduate student at the University of Cambridge, discovered radio pulsars coming from a radio telescope that she helped to construct. Pulsars are small pulsating radio stars, a number of miles apart that that are formed when stars explode. These pulsars can be used to help scientists find gravitational waves, search for planets beyond Earth’s solar system and measure cosmic distances. In 1974, the discovery of radio pulsars earned her supervisor, Anthony Hewish, a Nobel Prize. In 2018, she was awarded the Special Breakthrough Prize in Fundamental Physic and an award of $3 million which Bell Burnell donated to the Institute of Physics to fund Ph. D. scholarships for underrepresented physics students in the U.K. 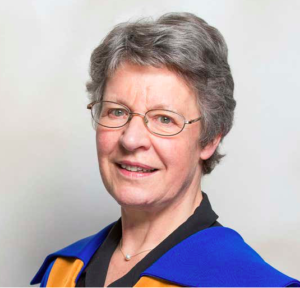 Robert Boyle. Often referred to as ‘the father of chemistry’, Robert Boyle was a chemist, physicist and inventor. He established Boyle’s law, which became a foundation for scientific calculations. Boyle’s law describes the proportional relationship between the pressure and volume of gas; i.e. how the pressure of a gas tends to decrease as the volume increases.

William Rowan Hamilton. Pioneering mathematician and celebrated as Ireland’s greatest scientist. Hamilton was a child prodigy who is said to have had a command of a number of languages by the time he was 7. He contributed to the development of optics and dynamics (a subset of physical science). Hamilton Day commemorates the day he discovered quaterion algebra. So excited was he by the discovery that he scratched his equation on the wall of a bridge in Dublin with his penknife. 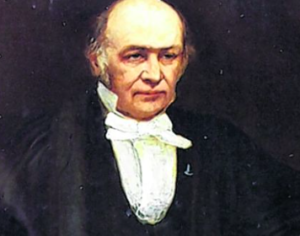 Kathleen Lonsdale. Pioneering X-ray crystallographer. Gifted in school in the subjects of physics, chemistry and higher mathematics, Lonsdale went to Bedford College for Women (part of University of London) where she moved from maths to physics. Post college, she took a role in the Leeds University chemistry department where in 1929, she solved decades of debate by conclusively proving that the benzene ring (An aromatic functional group characterized by a ring of six carbon atoms, bonded by alternating single and double bonds) was flat.

Lonsdale went on to become the first female professor at the university. She published extensively on pacifism and was concerned about the role that science was being asked to play in military advancements. She is remembered for her deep interest in encouraging young girls and women to pursue careers in science. 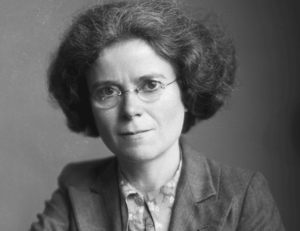 George J Stoney was a physicist who introduced the term electron for the fundamental unit of electricity. Educated at Trinity College Dublin, he became the first science professor at the new university of Queen’s College Galway (now NUI Galway). His most important discovery was the conception and calculation of the magnitude of the atom or particle of electricity. Stoney initially called his unit an ‘electrine’ which he later changed to electron. In addition to the electron, Stoney worked extensively on optics and gases. 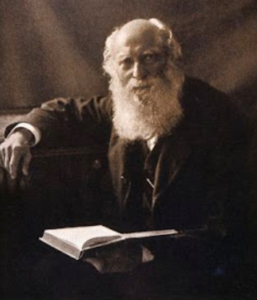 William Thomson. Born in Belfast, Thomson was an engineer, mathematician and physicist who is best known for devising the absolute temperature scale, now known as the Kelvin scale. Thompson was appointed as director of the Atlantic Telegraph Company whose endeavours eventually installed a telegraph cable under the Atlantic Ocean between Newfoundland and Ireland. He was knighted for his contribution to this project. 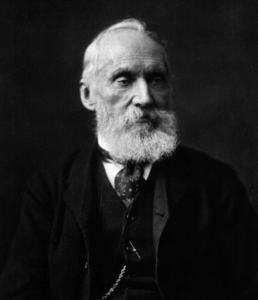 John Tyndall. Starting his professional life as an ordinance surveyor in Ireland, he moved to the UK where he became a mathematics teacher before eventually landing a Professorship of Natural Philosophy at the Royal Institute in London. Tyndall held a deep interest in heat, sound and light and his is best known for his explanation of why the sky is blue, explained by the scattering of light by small particles, which are suspended in the atmosphere. This colour is now known as Tyndall Blue. 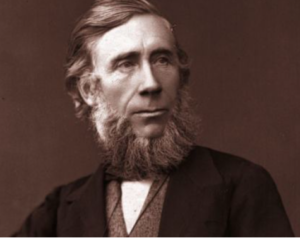 Professor Teresa Lambe. Teresa ‘Tess’ Lambe is Associate Professor and Investigator at the Jenner Institute, University of Oxford.  Together with Professor Sarah Gilbert and a team at the University of Oxford, she co-designed the Oxford AstraZeneca Covid-19 vaccine. Professor Lambe’s expertise in vaccine development proved invaluable in the vaccine development and she was awarded an OBE for her huge contribution. It is doubtless that Professor Lambe will continue to blaze a trail in the world of science and leave an expansive and valuable legacy. 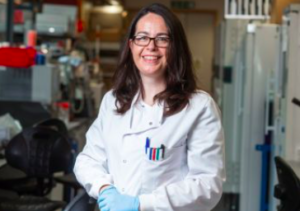 Rev Nicholas Callan was an Irish priest, scientist and inventor and was Professor of Natural Philosophy at St. Patrick’s College in Maynooth, Ireland. He invented the induction coil, which ultimately led to the modern transformer. He once created a giant battery of 577 cells, which produced enormous currents of electricity, no doubt delighting his students while simultaneously terrifying his employers.  Callan also patented a method for protecting iron from rust. Rev Callan was a showman and certainly appears to have been one of Ireland’s most colourful scientists! 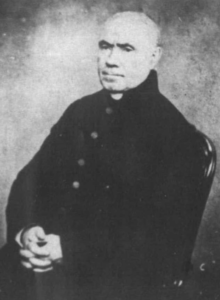 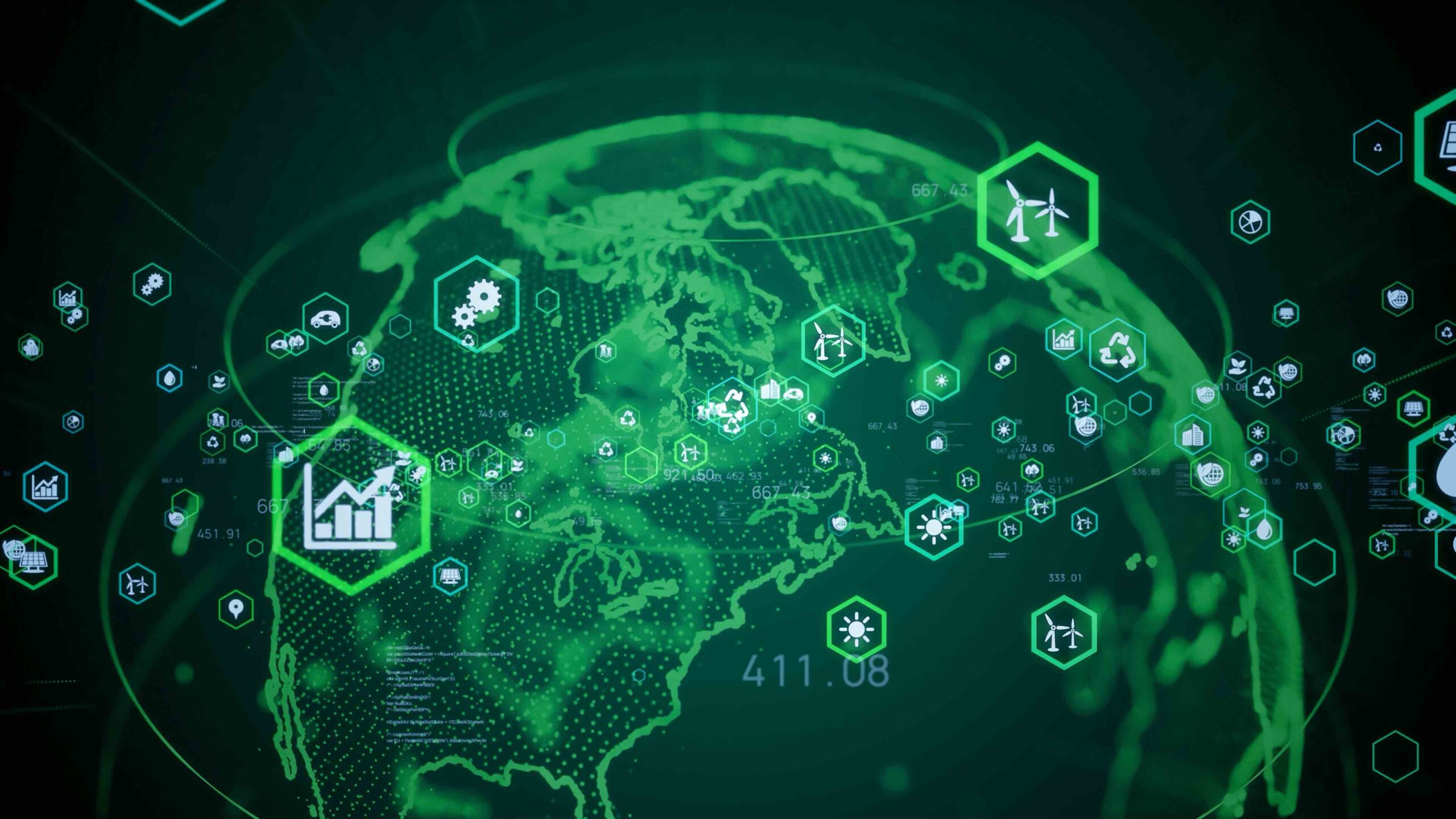 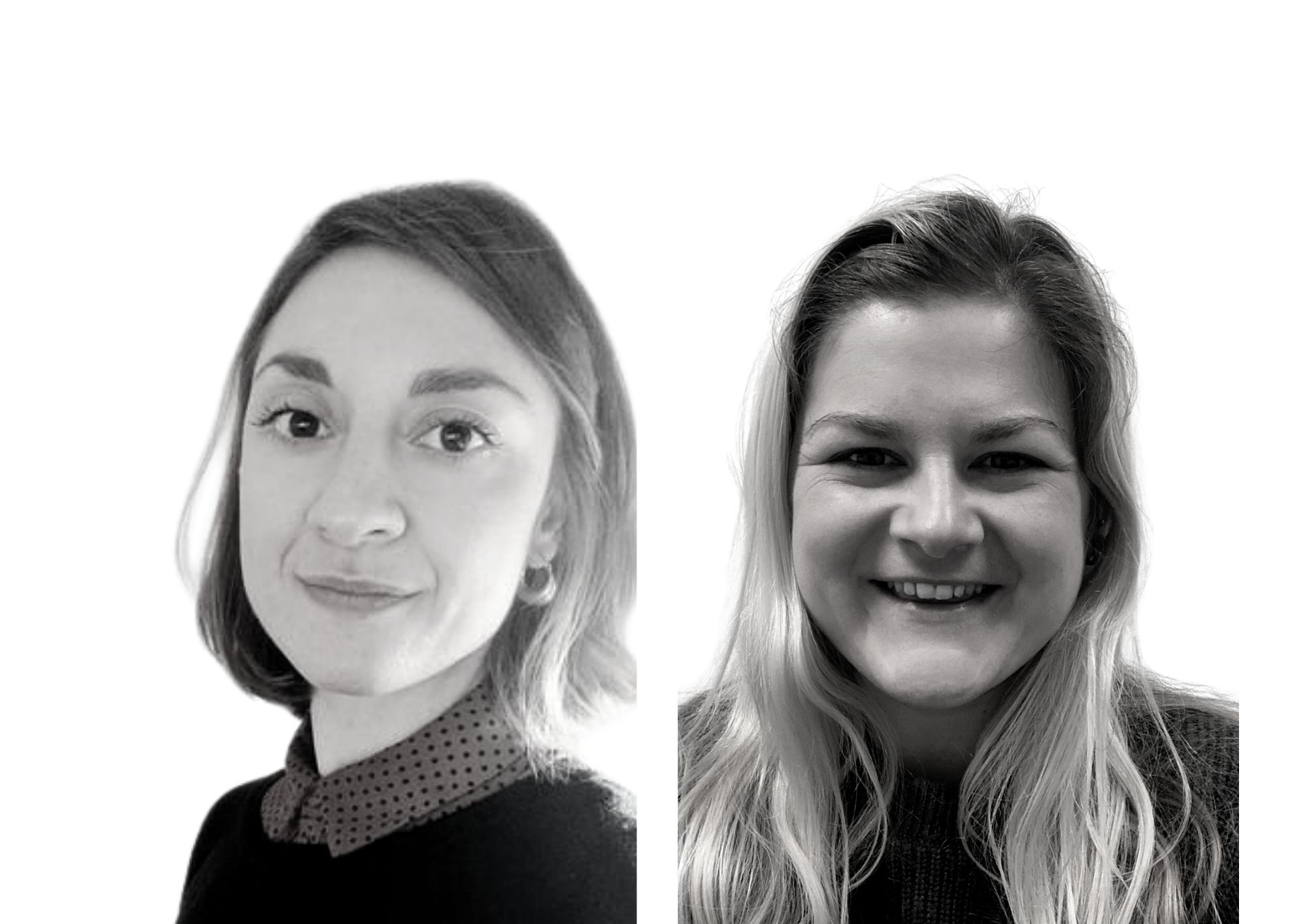 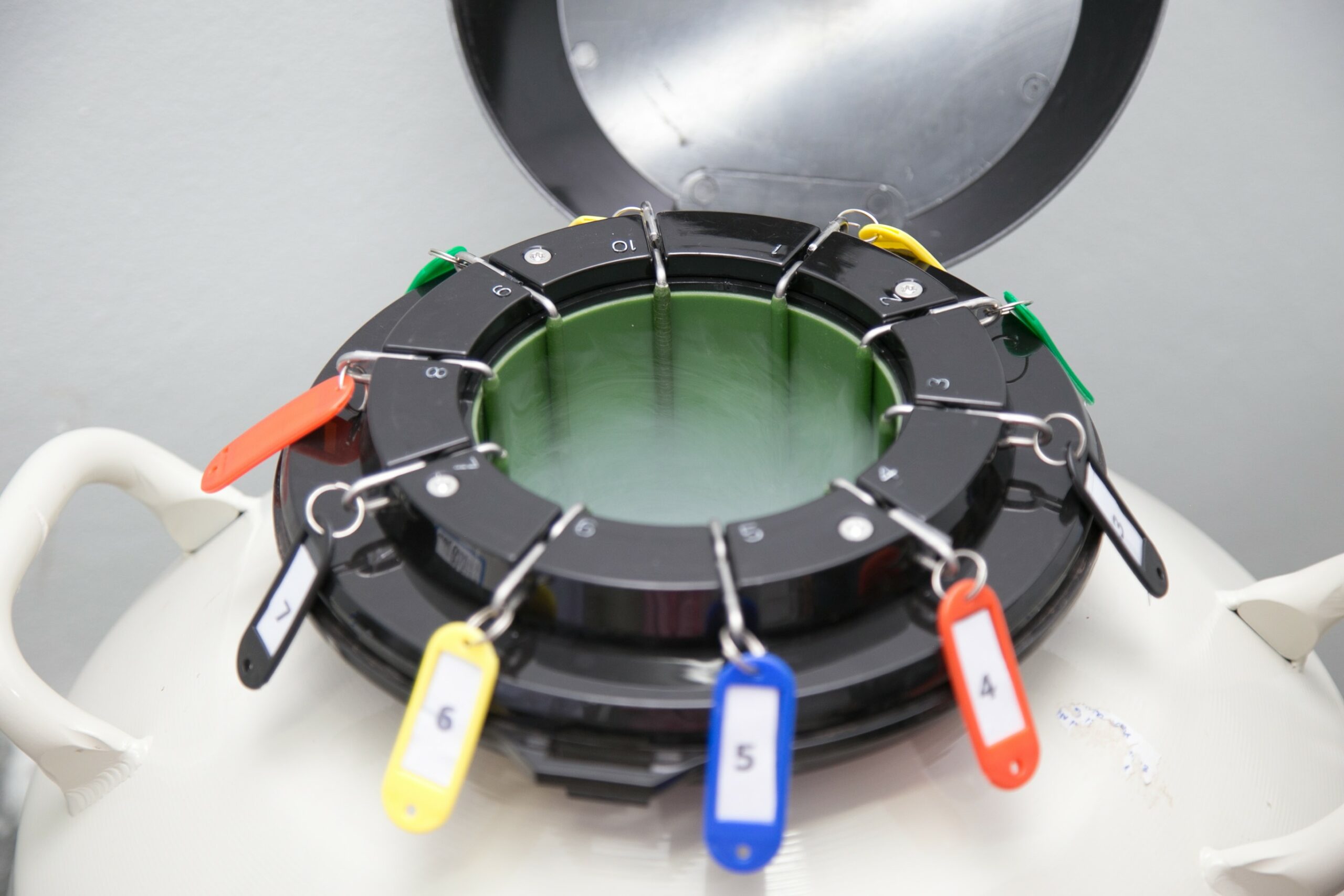