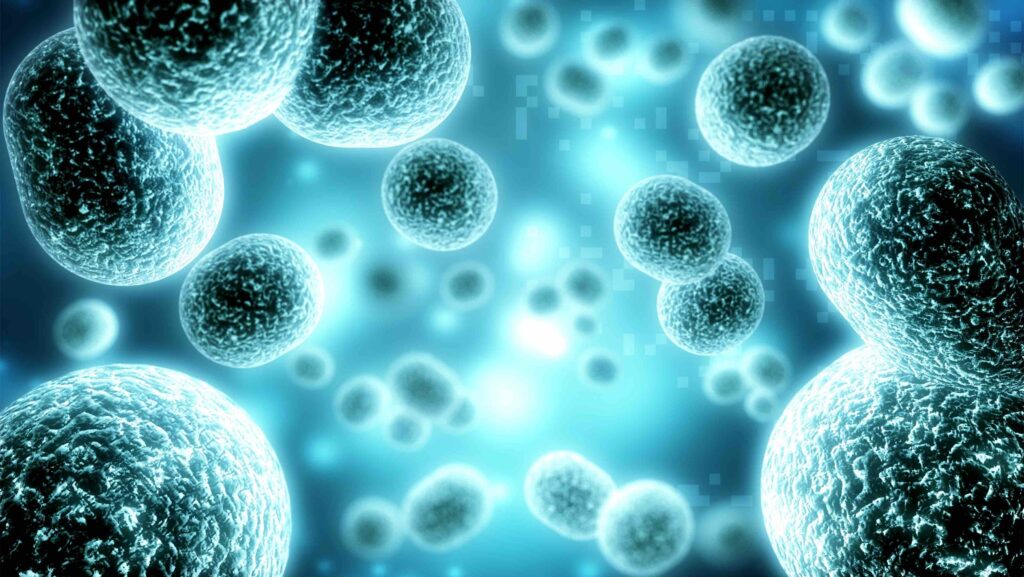 Stability trials are an essential component of Cell Line Development, but what does “stability” really mean? In this second post in the Clone Stability series we describe how ChemStress® – our simple, rapid and affordable technology for phenotypic profiling – can be used to take a deeper and more meaningful look into cells as they change throughout trials.

Clone stability trials are a crucial component of the Cell Line Development (CLD) process. Assessment of clone stability is necessary to demonstrate to regulators that the cell is unlikely to change during production in a manner deleterious to product quality, and to help production managers guard against product loss. Given the notoriously high genetic instability of Chinese hamster ovary (CHO) cells, which dominate mammalian protein drug production, this is a formidable challenge.

CHO cells are infamously unstable. In our last post we focused on genomic instability, presenting as principal causes copy number loss, chromosomal rearrangement, and position effect. Besides genomic instability, transcriptomic instability is frequent in CHO cells e.g. when the transgene is silenced, chromatin is remodelled, or epigenetic drift occurs. Changes in the proteome, secretome, glycoproteome and metabolome also play a causative role in the manifestation of clone instability. Taken together, these many sources of change can culminate in significant cellular phenotypic instability. On the biomanufacturing factory floor, the most concerning consequence of clone phenotypic variation over time is production instability, which can dramatically impact biotherapeutic product yield and quality. 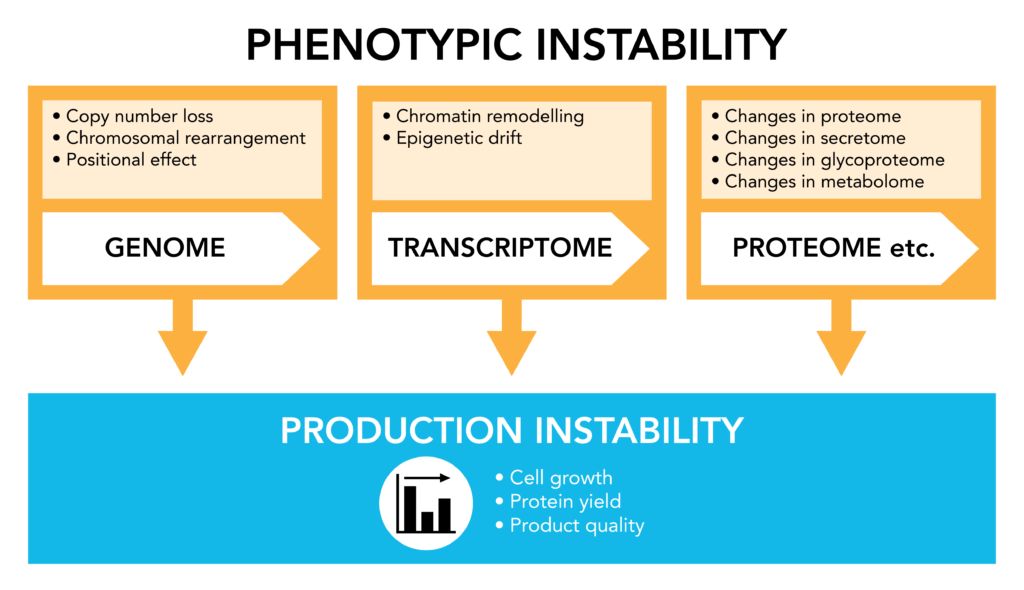 In a previous blog we wrote about the phenomenon of APPARENT STABILITY as a common and misleading feature of standard stability studies. The lesson we learned, from working on many stability trials, is that focusing only on product titer change can, and usually does, overlook profound underlying cell phenotypic changes. Throughout these trials cells tend to lose productivity and gain growth, or vice versa, but rarely stay the same. These deep cellular changes are not usually apparent in higher level measurements like titer when measured in standard unperturbed culturing conditions. As a result, standard stability trials often identify apparently stable clones, that do not translate to real stability in bioreactors during production.

To have a real understanding of production instability, a full omics characterisation of the specific cell lines of interest would be ideal. Genomics, proteomics and metabolomics are powerful techniques that can provide the necessary deep cellular insights to understand phenotypic and clone stability, yet their interpretation can be really complex, they come at far too high a price and long execution time for large-scale clone screening.

Figure 2. Omics analysis for routine clone stability studies is like using a sledgehammer to crack a nut. While we recognise the importance of deep functional analysis omics technologies can provide, we also see the incompatibility of these workflows with routine high-throughput screening.

At Valitacell we believe cell phenotypic profiling is vitally important to provide safe, consistent manufacturing of biologics, and we understand the assay to perform this profiling must be simple rapid and affordable.

ChemStress® technology was developed with these principles in mind.

Figure 3. Overview of ChemStress® technology. ChemStress® employs a 96-well plate proprietary format, where each well is coated with a chemical compound, selected based on its published ability to simulate specific conditions, or effect specific cellular pathways.

ChemStress® consists of a 96-well plate coated with numerous chemicals selected to challenge key pathways or induce various cellular stresses relevant to production performance. Incubating cells on the plate induces a characteristic set of changes to cell function that together constitute the ChemStress® fingerprint. ChemStress® only provides the cellular challenge, but responses to these challenges can be quantified by user-defined assays (e.g. cell viability, productivity, cellular metabolism, host cell protein production etc.). Determining cell viability and titer has been optimised for Chinese Hamster Ovary (CHO) cells using the PrestoBlue® and Valita®Titer assays.

An optimised workflow allows the measurement of both cell viability and titer from the same ChemStress® plate. This reduces any potential biological variation arising from running parallel experiments in two ChemStress® plates. Moreover, this optimised workflow reduces the experimental workload and cost, as less plates, reagents and cells are needed. These parameters are measured on a microtiter plate reader detecting fluorescence intensity for cell viability and fluorescence polarization for cell productivity, and analysed using Valitacell’s software, ‘Valita®App’. Proprietary algorithms generate ChemStress® fingerprints which are unique to each individual clone and provide quantitative biological classification of clone stability with a respective clone ranking.

We recently published a paper describing how ChemStress® was used to track deep cell function over the course of 131 real clone stability trials producing monoclonal antibodies (Dobson et al. Biotechnology and Bioengineering 2020). ChemStress® fingerprints were generated measuring both cell viability and titer across the stability trial from approximately the 5th to the 40th generation. Fingerprints were then analysed to identify which clones maintained the most consistent profile over the different generations, or in other words which clones displayed the lowest functional variation across generations. With this publication we introduced a novel stability metric that we define here as a ChemStress® INDEX. This novel metric identifies stable clones that remain unperturbed across many components of cell function with a phenotypic characterisation using a panel of 32 different chemical stressors. This allows stability trials to look beneath the standard titer in unperturbed conditions, to crack apparent stability and to provide a comprehensive clone stability assessment generated from phenotypic observations.

The two left panels of figure 5 illustrate a comparison between a highly phenotypically stable (clone A) and a highly phenotypically unstable clone (clone B). We defined the 1st generation measured (generation n.8 for clone A and generation n. 7 for clone B) the fingerprint baselines. Each clone baseline was compared with the fingerprints measured across the stability trial in following generations (more than 30 generations) to calculate the ChemStress® OFFSET. Chemicals are ranked by standard deviation (SD) across all runs, with the chemical with the highest SD on the left. All the fingerprints of the stable clone A are highly similar, indicating that multiple aspects of cell function measured by ChemStress® changed little over time. By contrast, for clone B we show a highly variable fingerprints exhibiting major changes across the course of the five measured generations. It is interesting to note that for the unstable clone B, the distance from the baseline to the 2nd and up to the 5th generation fingerprint offset measured is incremental.

Figure 6. ChemStress® INDEX and stability ranking. Comparisons to each clone’s initial fingerprint from the entire 131 stability trials. The most stable 10% are marked in blue and the least stable in pink

ChemStress® gives an alternative view on stability trials by providing a rapid and cost-effective way to perform cell phenotypic profiling. Conventional stability trials almost exclusively focus on titer in standard unperturbed culturing conditions. Given the mirage of apparent stability, it is certainly not reasonable to claim that titer stability implies cellular and phenotypic stability.

In our peer reviewed publication (Dobson et al. Biotechnology and Bioengineering 2020) we state that there is no correlation between conventional stability measured by titer in shake flasks and the new ChemStress® stability metric. This is not surprising as they measure two entirely different aspects of the cell. Standard titer in shake flasks is one dial on the dash, while ChemStress® looks under the hood. ChemStress® cell phenotypic profiling does not aim to predict results generated throughout a standard stability trial but to complement or even replace them.

As we discussed in a previous blog, despite conventional titer-based stability trials not giving a true picture of cellular stability, usually manufacturers do manage to produce common classes of biologics like monoclonal antibodies safely and consistently in quantities greater than 5g/L, many passages after clonal selection. However, there are certain proteins where the production is a lot more challenging, typically resulting in poor yields despite good generic platforms of host / media / vectors etc. We envisage ChemStress® being predominantly deployed in stability trials where Difficult to Express Proteins require a more comprehensive clone stability assessment enabled by cellular phenotypic profiling.

Do you want to embrace an innovation journey to improve your stability assessment?

We are inviting additional partners to benchmark ChemStress® INDEX against production stability data. Get in touch with us today! 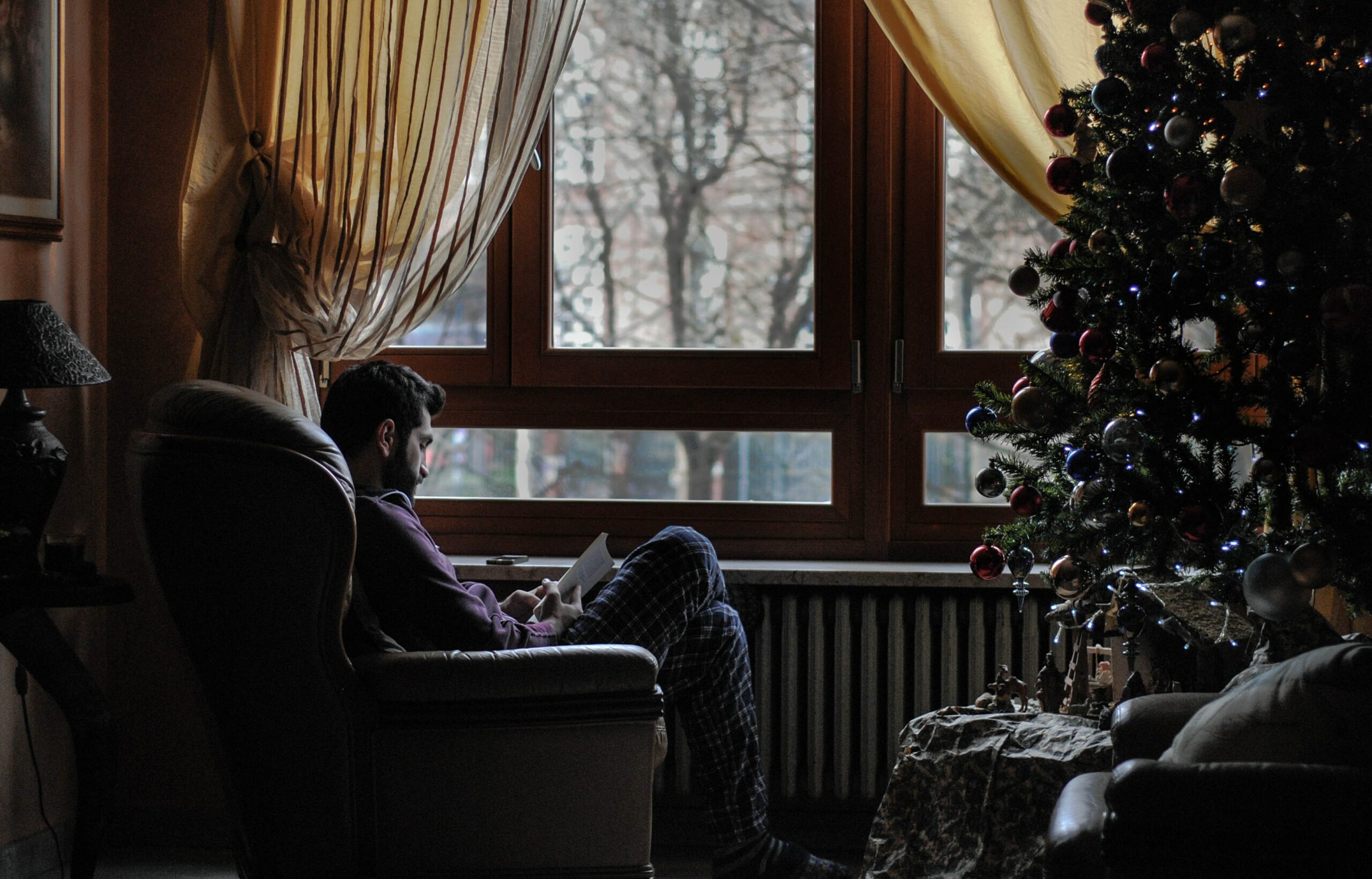 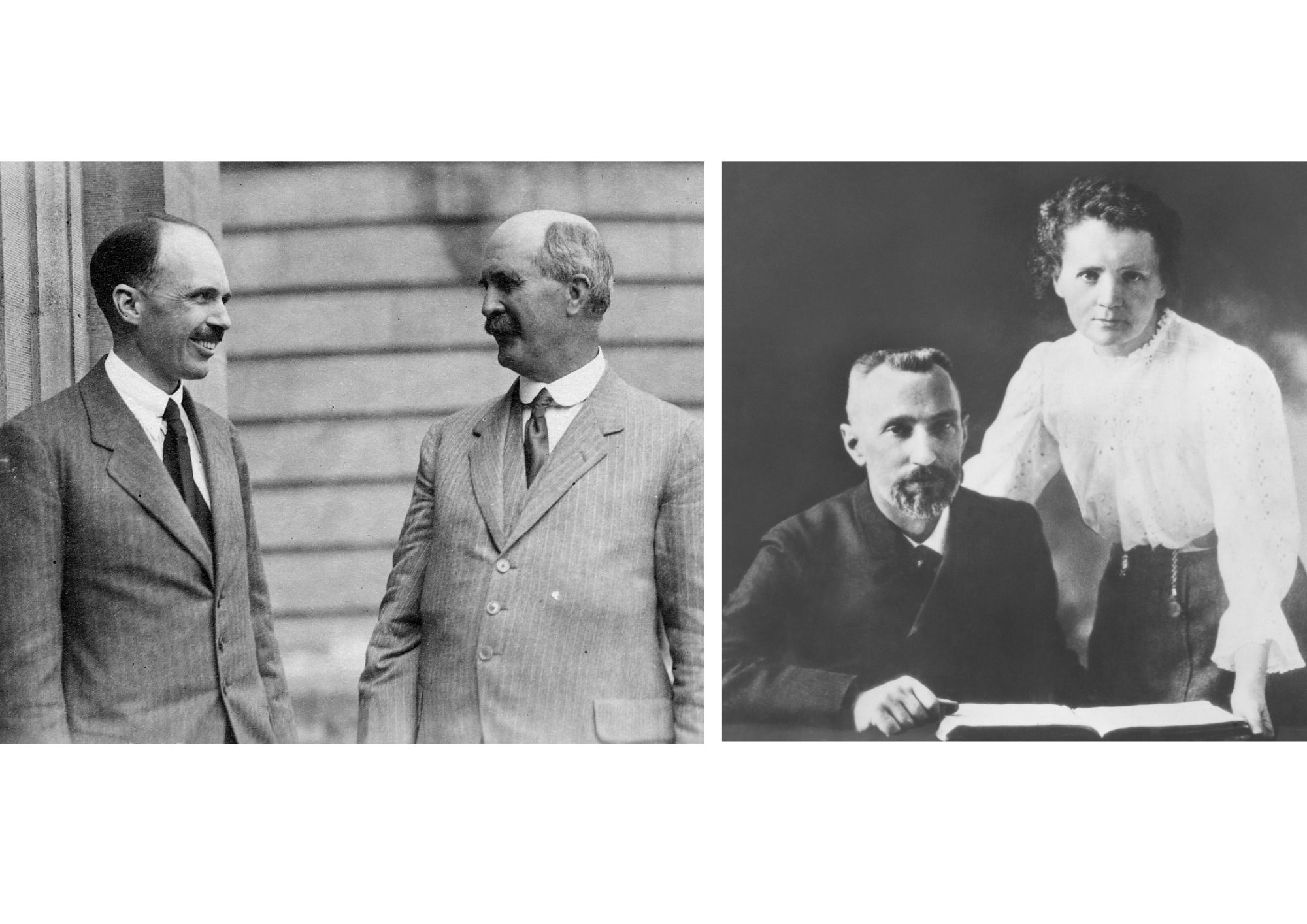 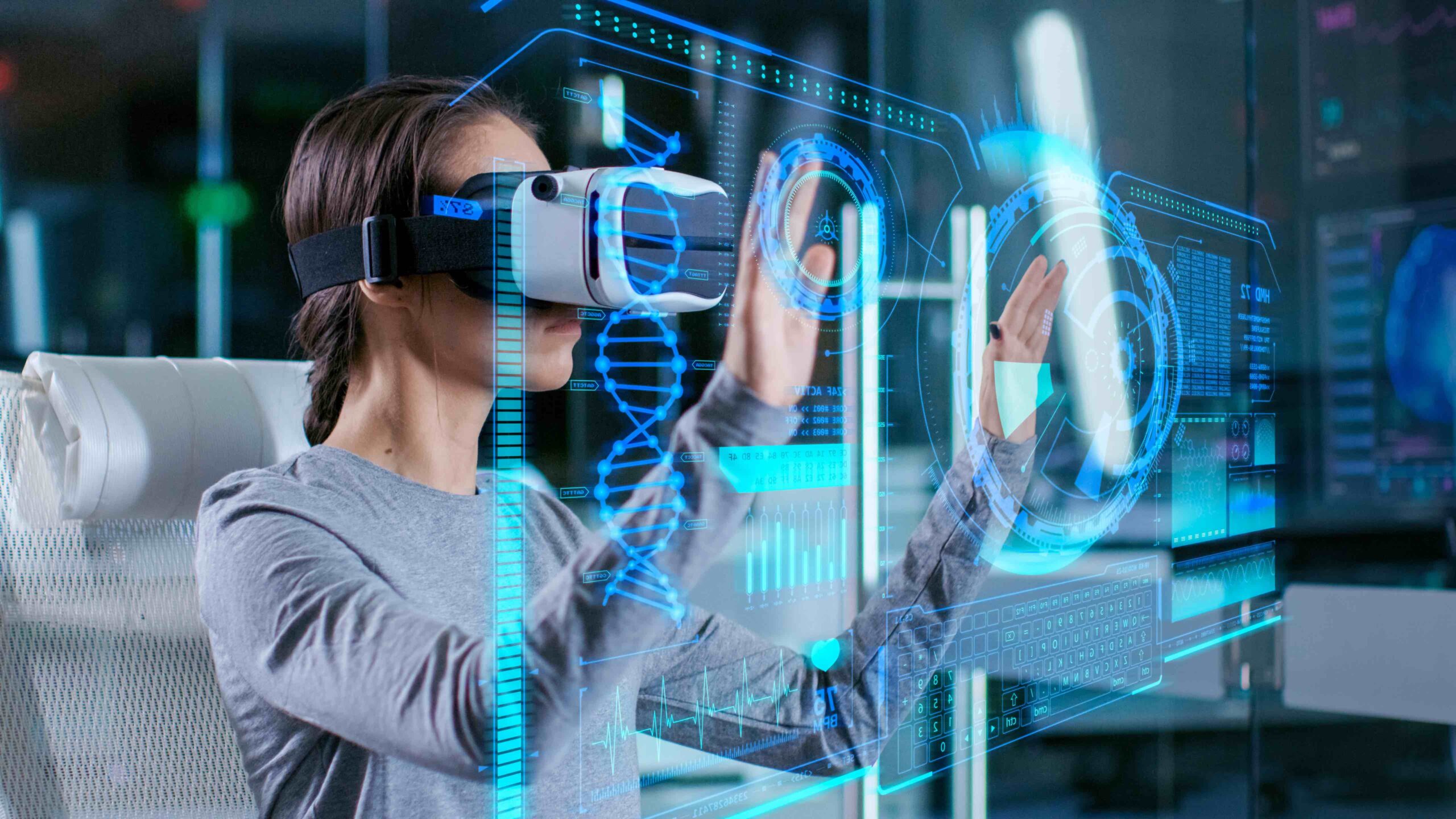